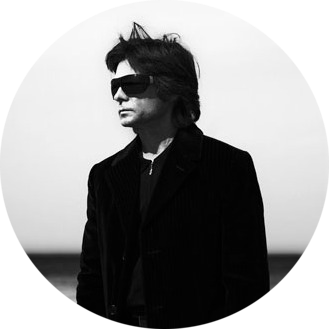 Every single person’s life is being influenced by the way he or she acts as well as the way he or she thinks. Transurfing is a unique technology of achieving goals and managing events with the help of special techniques of focusing the attention. Your life starts filling with everything you focus your attention on.

Reality Transurfing® – is the unique technology of achieving goals and managing events developed by the Russian scientist Vadim Zeland. The essence of the technology was written in the series of books of the same name, which has been republished multiple times. Unlike other famous esoteric doctrines, the unique feature of this method focuses on the idea that the thought is not material and cannot have impact on the matter. However, the thought can affect infosphere that forms material reality.

Transurfing theory comes from the following postulate: information is primary, and the matter is subsidiary. This fact is not so obvious since informational field does not comply with the laws of physics and cannot be detected by any functional devices, and therefore it is hardly explored. However, there are many evidences of existence of the informational field (aether) as a carrier of information, as well as the infosphere as a source code of the material Universe.

The infosphere is an infinite archive of various “films” where everything that happened, will happen and could happen is stored. Reality is something that has never happened and will never happen. It is only now and once. Reality exists only one moment like a frame on a film roll that is moving from the past to the future.

That is why the main idea of Transurfing is that it is non-productive to exist in the moment “now”. It is necessary to look forward into the future and compose the move of the frame. Fighting current reality is even less productive. Reality exists only so far as it has happened. You cannot change things that have already happened. However, it is exactly what the majority of human beings do.

A human being can compose the reality beforehand. Composing means to choose the film roll and determine the direction in which the frame is moving. It can be done with the help of special techniques of focusing the attention that are described in the series of books Reality Transurfing®, Tufti the Priestess and others. The fact that this method really works was confirmed by practical experience of many followers of the doctrine all over the world, from Canada to New Zealand.

Vadim Zeland is a number one author in Russian esoterics. His books have already become classics. They have been translated and published in more than 20 countries of the world. Different books appear and disappear but Reality Transurfing® always stays in the top.

There are schools of Transurfing in many countries where people learn how to manage their own reality. Abroad it is most popular in Italy, Germany, France, in the Arab world. Significant growth of popularity has been recently seen in the USA.

It is impossible to estimate how many millions of people have read Transurfing, because the number of published books goes beyond millions, and there are many illegal electronic and audio versions of the book that are being actively promoted in pirate nets.

Vadim Zeland numbers among the most readable modern writers. At the same time, his personality is legendary and covered by mystery, because he never participates in public events or publicizes himself anyhow. Some people think that Vadim Zeland does not exist, and there is a group of scientists working under his name. These people are sure that a single man cannot create and comprehend this. Nevertheless, he is a real person.

Despite the fact that Vadim, according to his own words, is an ardent materialist, his name is included into the list of the 100 most spiritually influential living people. The rating is published in the British magazine Watkins Mind Body Spirit. Vadim Zeland is the only Russian writer who gets into this list every year.

To ensure continuity and quality of Reality Transurfing instructors worldwide, I, Vadim Zeland, have partnered with the International Transurfing Institute to offer the Official and only Reality Transurfing Training Certification program, which I personally endorse and participate in. I will consider a very few of applicants each year to join in this opportunity.

With the Official Reality Transurfing Instructor’s certificate you will gain access to the following:

To apply please email us requesting the application: application@transurfing.us

Reality exists beyond you, as long as you believe this. With Transurfing you can control reality.